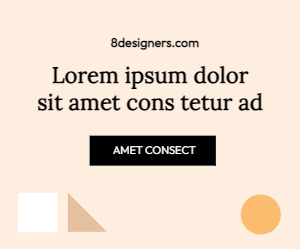 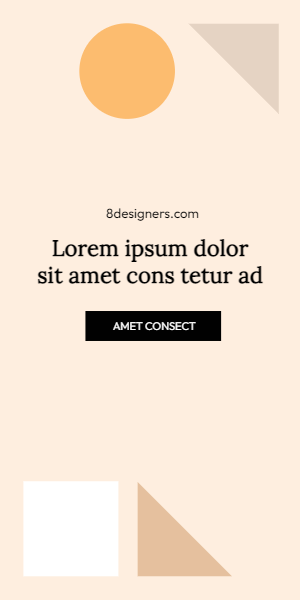 If you're a fan of triangles and squares or even maybe circles then this is a great ad template for you. If not, maybe you have some friends that would use it or if you're old then maybe you should send them to your kids, I'm sure some zoomer tiktokers will know what this is.


A newspaper ad is a marketing tool used by businesses to promote their products or services to the general public. These ads are printed in newspapers and circulated to a wide audience. They're also used in direct mail campaigns to targeted consumers. Advertising agencies create templates for printing newspaper ads, so companies only have to fill in the blanks. This makes creating a newspaper ad quick and easy.

A newspaper ad's format is easy to replicate in both text and image. The ad begins with an introduction section consisting of the title, number of pages and price of space in the ad. Following this is an answer section where the advertiser explains their product or service and why the reader should purchase it. Here's a sample introduction for a newspaper ad: 'Attractive homes sell faster. Look inside.' Here's a sample answer section for that introduction: 'Your buyer is looking for a home that fits her budget and lifestyle. She wants one with a garage, two bedrooms and two bathrooms.' Filling out these sections is as simple as finding appropriate examples, quotes and body paragraphs from articles written about the buyer's topic of interest.

Here's an example of how that could look in text: 'When buying Erin's house, Emily looked for similar features that would help her decorate the space quickly. She chose furniture with Asian, Asian Modern and Asian Casual themes since she wanted her space to reflect her tastes. She also purchased artwork featuring plants and animals native to her area.' Once the body paragraphs are complete, the advertiser can create an image to accompany the text and promote their product or service. Some advertisers use photographs from their own collections, while others commission professional photographers to take pictures of their products for use in their ads.

Advertising agencies create newspaper ad templates so companies only have to fill in the blanks. After filling out the introduction and answer sections, companies can hand their advertisements over to advertising professionals who will format them appropriately for printing. Some agencies provide templates with pre-populated text so companies can focus on only filling in the blanks they want instead of what is provided. To make this process as quick as possible, advertisers should also create their advertisements using computer software if they have access to computers at their agency offices. Named after its original users-the New York newspapers-a newspaper ad is also referred to as a broadsheet or broadsheet-format advertisement. In contrast to tabloid- or small-format advertisements, broadsheets are generally printed on larger paper with larger typefaces and contain more pages than regular newspapers. Typically, broadsheets are published daily instead of weekly so editors can publish detailed news reports on relevant topics instead of just having advertisements in their pages. Advertisers also prefer print media because readership is more widespread than viewership; thus, reaching more potential customers than actors when creating television commercials. Additionally, because newspapers are read by everyone from new parents to senior citizens, the target market for advertising is much broader than television viewership alone suggests.

A newspaper ad is an effective marketing tool that anyone can easily create using existing templates or creating them from scratch by filling in the blanks themselves. Advertising agencies provide pre-made ad templates so companies only have to fill in the basic information needed to publish an advertisement. Advertisers also find creative ways to promote their products or services using creative images and well-written body paragraphs based on real experiences they've had or products they've purchased themselves. Essentially, advertisers use everything they know about buyers' needs - or wants - to sell goods or services through appropriate channels such N A T S - N E W S - S P A P E R s .


We design a template in 3 ad sizes. you can open one with the closest aspect ratio to the size you're looking for - then on the right panel you can add/pick your ad size and move the layers a bit until the content fits on the screen. We don't have the time nor the resources to design ads for every existing resolution, but with a bit of effort you can do it yourself. We belive in you!


I mean, for SEO purposes I decided to write a few paragraphs about each ad template. Now since probably no one is going to read it I just gave up on life and decided to just write whatever I felt like. Most of it is just retarded stuff. And I don't really know how SEO works, so..


you open an ad page, click on one of the banners and start editing in the browser with our free editor


at the moment you can't animate ads

What can I do with this FREE ad template?